Being part of the 21st century, we all know that social media has stepped into a new world of entertainment and information by using the means of vlogging. But Vlogging is not as easy as we see it on our screens.

Usually, vloggers pay more attention to vlogging cameras and other equipment instead of focusing on the audio in the content. This fact creates a line between good content and bad content.

That being said, it is extremely important to maintain good audio quality for your vlogging as it adds worth to your content. Also, the message that you want to convey in your content gets more effective and worth listening to.

So, let’s move ahead to get to know some useful tips to maintain the audio quality of your vlog.

Taking Vlogging to Next Level

As vlogging is all about creativity and art, so because of this fact, most people just focus on the video quality and camera up-gradation. They don’t bother to invest a little more in improving the audio quality of the content that is the biggest mistake done by the beginners.

To take your vlogging game to next level, you must pay more attention to your audio setup than to the video quality. The reason is that it is acceptable to have a bad video quality with a clear and audible sound.

But, if the sound is not audible, and the video quality is amazing, no one would spend more than a few seconds watching your content.

For instance, if I come across a YouTube vlogging channel in which a lady is describing how to decorate a room, but not even a single word, she utters, is audible. What would be my possible reaction?

With that being said, good sound equipment is a must to increase watch hours on your content. For that, there are just a few things that you must check before going on with your vlogging project.

Let’s have a look at them:

As mentioned above, vlogging is not as simple as we see it on our screens, rather it is a huge time consuming and demanding project that not just demands your skills but also needs some upgraded and functional equipment.

For a vlog, just as a good camera is important for video quality, so similarly, a good mic and other audio equipment are equally important.

To get better sound quality for your vlog, you just need to have the proper gear for that and some basic know-how on its technical use.

So, let’s check the further details regarding that:

Invest in a Good Mic

Though the cameras have a built-in microphone they are not good even in the most favorable and noise-less environment. First of all, the recorded sound is too low that it would be hardly audible. 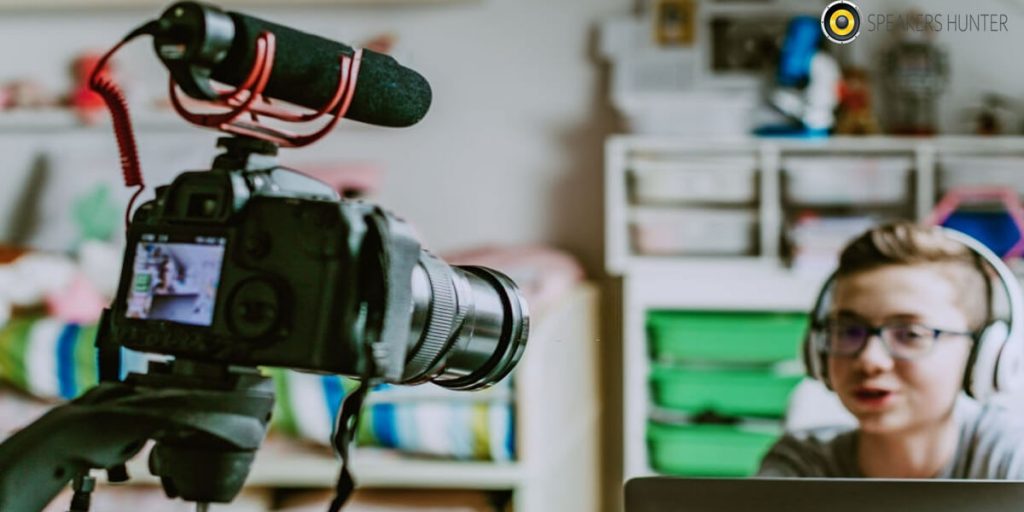 Secondly, this on-board microphone would not minimize the extra sound or noise in the environment that creates a lot of disturbance. So, it is important to invest some money in a good external microphone to make a well audible vlog.

Get a Wireless System

A camera-mounted microphone is a good option for those who record video from a less distance just like a selfie. But if you want to record a video from a certain distance then the video-mounted camera will not work the best.

In such cases, you need to have a wireless system that can record easily from a certain distance.

Lavalier microphones are the best in this regard, as they are small and compact. They are attached to a transmitter that sends signals to the receiver that is attached to the camera.

For a better sound quality of your vlog, the mic placement is also a key feature that adds to the output. Be it a camera-mounted microphone or a Lavalier microphone, the placement plays a huge role in the audio quality.

If you want to record a video clip from a certain distance then you must use a Lavalier microphone attached close to the sound source.

On the other hand, if you want to record a clip close to the camera then Video-mic is the best. You must place it close to the sound source to record clear audio.

Even though you record a super amazing video clip with clear audio, but still you need to make some more efforts in the post-production editing session. Few factors cannot be minimized in any way other than dealing with them manually during editing.

To make your content more professional, you need to tame extra noise and adjust the frequency range to make them sound more audible and clear. The process in which all this is fixed is known as equalization.

In addition to that, you need to add compression in the sound to reduce the difference between the low sound and the loud sound of the recorded clip.

Lastly, you can also add some extra music, voice-overs and other recorded sounds in your video clip to make it more creative and worth watching.

To give the final word, this was all about the importance of good audio in vlogging. It is equally important to pay attention to the audio part of your content as to the video part to make your content more professional and worth watching. We hope that these informative tips will help you in the best of ways.